The Future of Green Building

What if we saw every building as an opportunity for sustainable development?

That is just what they are. Buildings consume water and electricity—one-third of global energy consumption is in buildings—as well as the raw materials used in construction.

More and more builders and cities are realizing how much is to be gained. The green building movement is growing. In the United States, for example, the percentage of commercial office space certified by LEED or Energy Star has risen to 38 percent in 2017 from less than 5 percent in 2005.

What role do you see for the green buildings industry in facing challenges with respect to the global economy and natural resources?

By 2050, the global floor area in buildings is expected to double to more than 415 billion square meters, and buildings' energy demand may increase by as much as 50 percent. As assets with useful lives average 50-100 years, buildings lock in decisions today like few others, especially in high-growth regions like India, China and Africa.

Meanwhile, the buildings sector is a laggard in climate action. Average energy consumption per person in the global buildings sector remains practically unchanged since 1990 despite the fact that building energy upgrades represent the single largest source of low-cost emissions reductions and create significant equity benefits by reducing energy poverty. Three-quarters of NDCs overlook buildings and two-thirds of countries still have no mandatory building energy codes, leaving the easiest greenhouse gas (GHG) reductions on the table.

What do you see as the biggest challenge for the green buildings industry to transform the built environment globally?

Unlike in other sectors, the technology and design techniques for zero carbon buildings are both available and cost-competitive: passive design principles, energy-efficient equipment and storage, carbon-negative materials and a combination of onsite and offsite production of clean energy. But it's clear we need to move past the incrementalism of change "permit-by-permit" and instead shift market expectations—in prominent, high-growth places—of what acceptable building assets look like. This entails a systems-based decarbonization approach that:

As a follow up, can you tell us about three shining examples of how innovation in green buildings is addressing the carbon challenge?

China is undergoing massive urbanization, which could increase buildings' energy use by as much as 40 percent in the next 15 years. Now, the question is: How can those responsible for building construction—namely, cities, towns and developers—deliver on the lofty goals set by the national government? One shining example is Shanghai's Changning District, which recently put in place an energy monitoring platform that now tracks 160 of the district's 165 public buildings. Thanks to the project, 32 buildings have been retrofitted to achieve an average 20 percent energy savings. To encourage the remaining 133 public buildings to renovate, the district is considering using a third-party ranking system to rate buildings on their energy performance, a strategy that's proved effective in other locales. The district also provided 23 million yuan ($3.34 million) in subsidies to help building managers make their buildings more efficient. This lowered the payback period for the private sector, which in turn encouraged them to invest an additional 140 million yuan ($20.33 million).

WRI Ross Center is the coordinating partner of the Building Efficiency Accelerator (BEA), a Sustainable Energy for All public-private partnership with 30 partner jurisdictions and over 35 technical partners. The BEA works to support the goal of doubling the rate of energy-efficiency improvement worldwide by 2030. Within this context, the FSCI and BEA partnerships leverage the building sector expertise of the BEA with the business model expertise of the FSCI to help cities from the idea stage of municipal retrofits through to implementation.

The Financing Sustainable Cities Initiative recently studied 16 case studies of municipal retrofit programs and projects to build a map of the elements involved in successful business models. We found that cities deployed a wide range of mechanisms, including energy tariff levies, municipal bonds and concessional finance. Most importantly, we found that successful cities utilized some public budgets, such as existing facilities maintenance funds, as a part of their overall business model. At recent workshops in Mexico City and Medellin, Columbia, we heard about the different approaches cities are using, including our host, which is funding its first round of retrofits with a targeted climate fund and exploring other options to make changes to a larger set of municipal buildings. 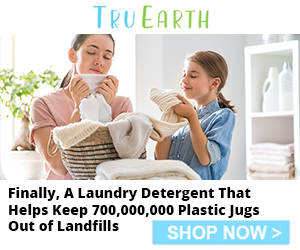